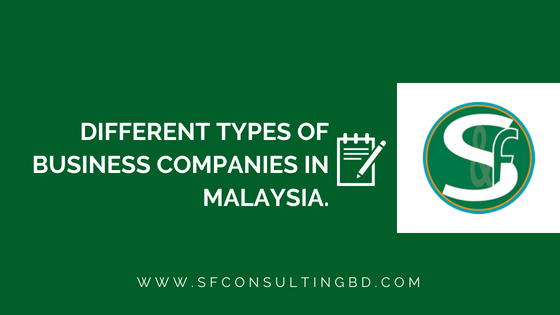 Description about Different Types of Business Companies in Malaysia: In today’s date Malaysia is known as one of the most prime developing country among all other Asian countries around the world. Malaysia has always been recognized for the constant and healthy growth of its economic scale. The country has developed itself in various sectors and have become a major point of business activity for many foreign and both local investors. Both the local investments and the emerging growth of foreign investors in different sectors plays a drastic role over the economy of the country.
The major sectors for business investments at Malaysia is considered to be GAS, OIL, CONSTRUCTION, IT and few others. Although the country has plenty to give to different business investors and their companies in various sectors regarding garments, jewelries, leather goods, machineries and electronics etc. Therefore, it can be stated that all of Malaysia and its various cities are opened and filled with promising opportunities for both local and foreign business companies to invest and make profitable fortunes.

Sole proprietorship company: The sole proprietorship business or firm in Malaysia are known to be the simplest and cheapest form of business entity if compared to all others. These type of business entities have to pay just one single annual fee to the Companies Commission of Malaysia for the renewal purpose of their business firm per year. Such companies do not require to go through audits or do annual fillings for the business.

Limited Liability Company: which also known as LLC : is a mixture of private limited company (that we are going to look into later in this article) and partnership company. The benefit that these limited liability partnership companies have is that they are considered as corporate association and is a separate legal entity from its partners. Perpetual successions and fewer compliance requirements eventually make these LLP a remarkable and affordable business entity.

Public Limited Company: commonly known as Berhad’s: is mostly similar to that of the private limited company expect to the fact that Berhads can offer its share to the public directly. Usually Public Limited Companies are preferred by big business policies or organizations and is mainly designated and governed by the Securities Commission of Malaysia.

As mentioned earlier different types of companies has different laws and regulations for both the Local and Foreign Investors. Although the local investors have the option to move along with all sort of business entities and policies but the foreign investors have to go through certain limitations. The foreign investors in Malaysia are allowed to open companies in the form of private limited company in Malaysia or commonly known as Sendirian Berhad (Sdn Bhd Malaysia Company) i.e. Malaysian Private Limited Company (MPLC). Sadly, they are not allowed to start companies like unlimited companies, single proprietor companies, dual partnerships, venture, or LLPs.
Well the foreigners are allowed to startup businesses in another form of entity which is the Labuan International Company, (LIC). These company has higher facilities, extra benefits and lesser obligations then all other forms of entities. The foreigners can own 100% of the company in Malaysia and has the lowest paid capital to pay off with least harassments and obligations to face. These company does not need many trade licenses like other companies and can set off with their business without having a local office at Malaysia. There are also more and bigger tax exemptions as well as lower tax rates for the LIC.